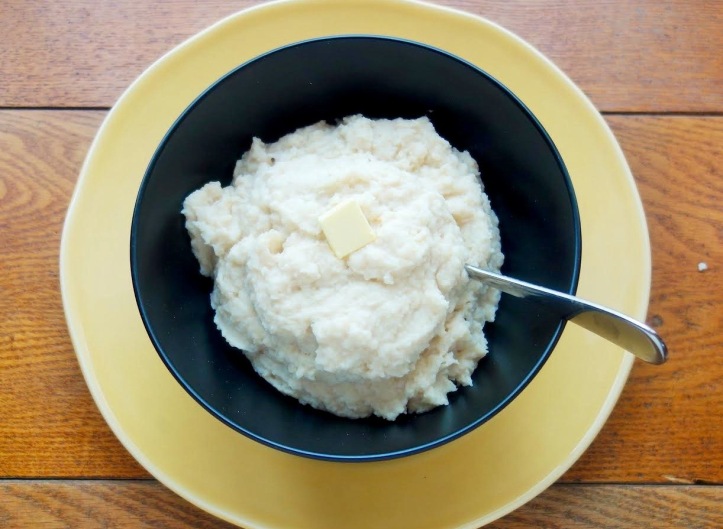 So creamy and delicious and have passed many a time for real potatoes. Especially delightful when spread on top of a savory pie, but pretty darn good straight up! The light smoothness of this combination also helps them reheat more easily and omits the need for butter or cream (I usually use 1 Tblsp butter and 1/4 cup sharp cheddar when making a big bowl so they brown under the broiler).

This recipe may give you extra beans, but since they are an investment of time, you might as well have leftovers. My choice of beans is cannellini–they are larger than Great Northern beans, which will also work just fine. I mix the extra cooked whole beans (salted) into salads, soups or stews, or just nibble on throughout the day as a snack. Keep cooked beans refrigerated.

Beans are a great super food because of the combination of fiber and protein–they stabilize blood glucose and have been associated with a reduction of cholesterol and heart disease (Gut Balance Revolution p.118). They are also rich in antioxidant and anti-inflammatory compounds and contain alpha-amylase inhibitors which slows the rapid breakdown of food into simple sugars (Gut Balance Revolution p. 118). Soaking beans for a few hours as described in this recipe has another added benefit in that it reduces two of the saccharides that contribute to flatulence. Active prep time to cook beans–about 5-10 minutes. Cannellini beans are pretty extraordinary and inexpensive–give them a try!

TIMING: This dish requires a light simmer of the cannellini beans for 15 minutes the night before you plan to make the dish or early in the morning. The partially-cooked beans are stored in the refrigerator in enough water to generously cover them for at least 4 hours (beans will expand some). They will then require a medium-low simmer of about 60-90 minutes to cook completely.

FOOD PROCESSOR: works best for this dish using the on-off pulse method, but don’t over mix. Mashing the beans and cauliflower with a fork first will help the process. 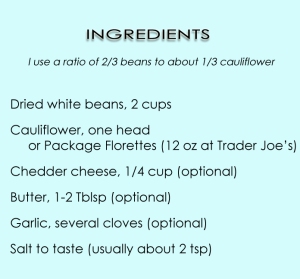 Cook dried beans according to directions above. Break cauliflower heads into florets (cutting away the coarse bottom part of the base), and place in pan with several inches of water and steam for about 8 minutes, or until tender. Give the cauliflower a stir once while cooking so that all the florets have had a chance to spend some time in the water. Drain in a colander. 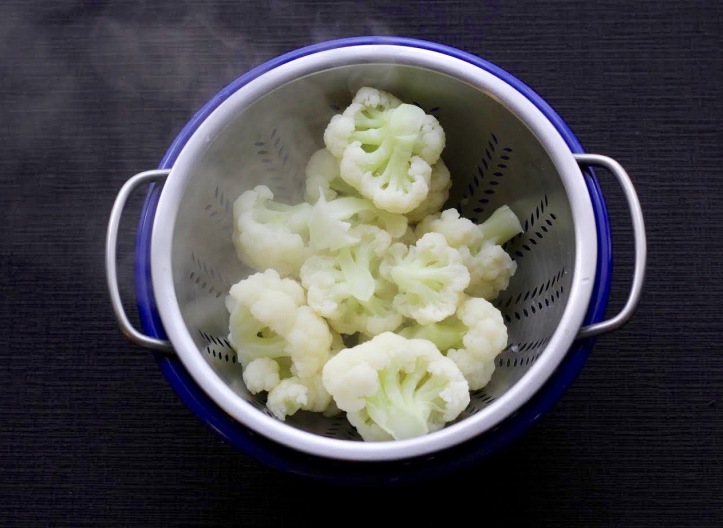 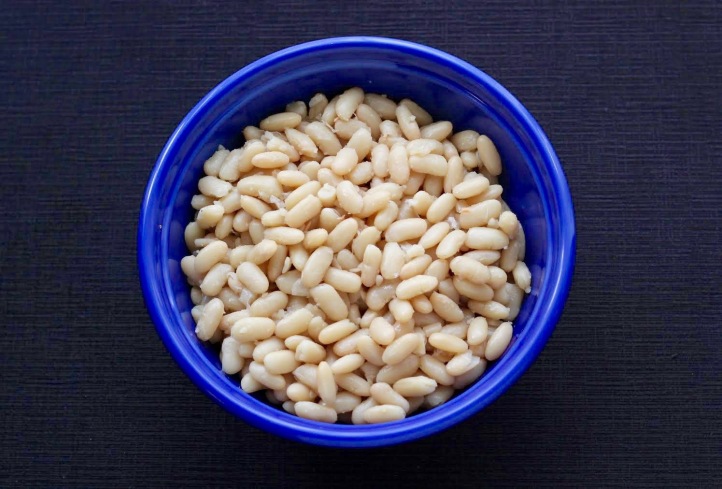 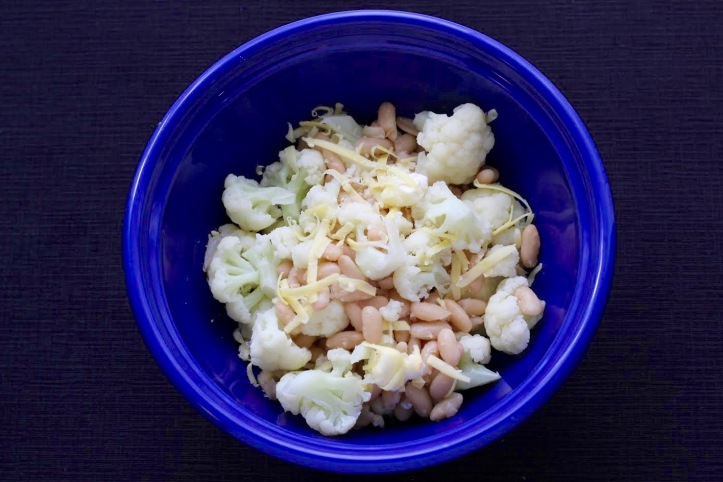 If you are using cheese, grate 1/4 cup cheddar. If using garlic, press or dice several cloves (I prefer pressing).

Cuisinart/food processor method: Place all the ingredients in a Cuisinart and mix using an on-off pulsing method to begin with, once the ingredients are incorporated run the blade until smooth. Then add butter, cheese, and/or garlic. 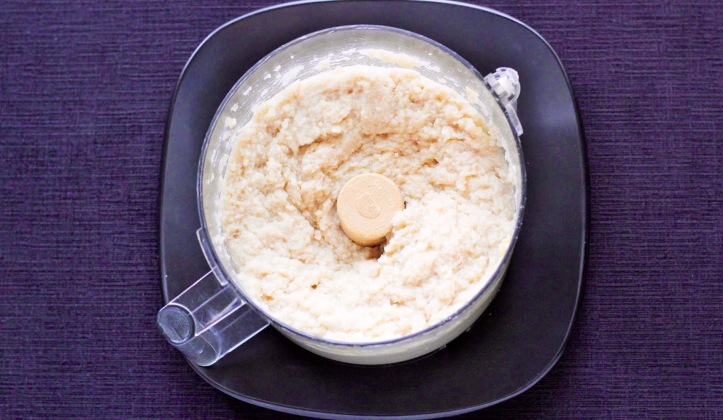 *if the mixture is too thick, a TINY splash of milk ( 1-2 T) should help. Cooked cauliflower has more moisture than a cooked potato so you don’t need to add much–just a touch to get it going. 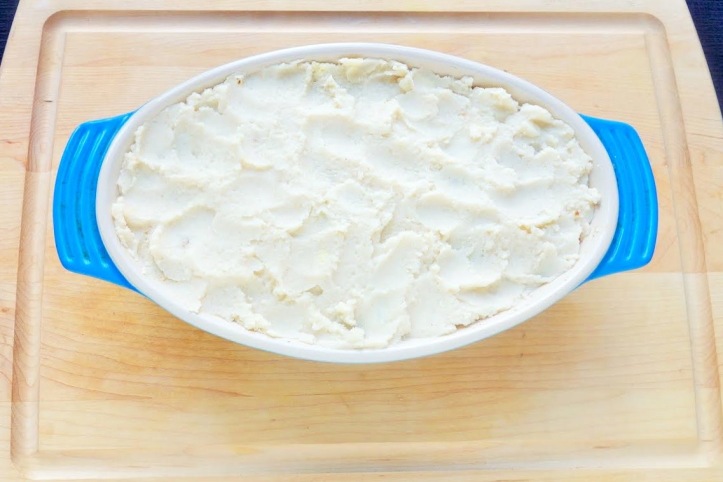 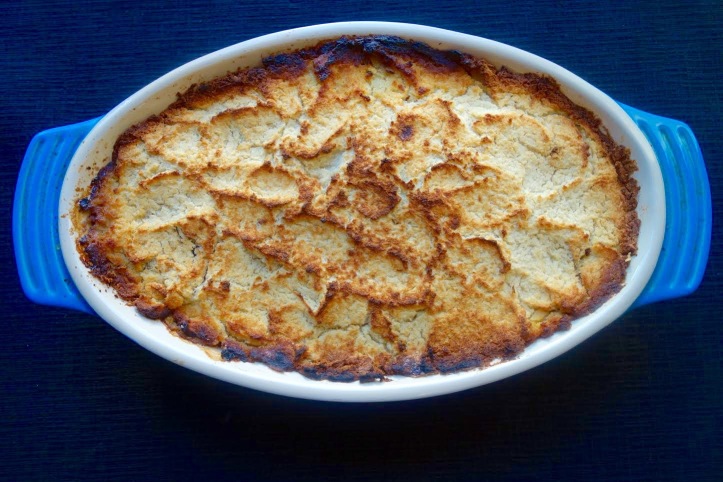 This doesn’t include differences in phytonutrients that would also nutritionally weigh in favor of the bean/cauliflower mix, and conventional potatoes are not “slow” carbohydrates like beans and cauliflower.

APPLICATION:
They can be spread on a savory pie as you would potatoes, served in a bowl, or scooped into a plastic bag with a piping tip (or end cut) and squeezed out into little rounds to cover a surface. 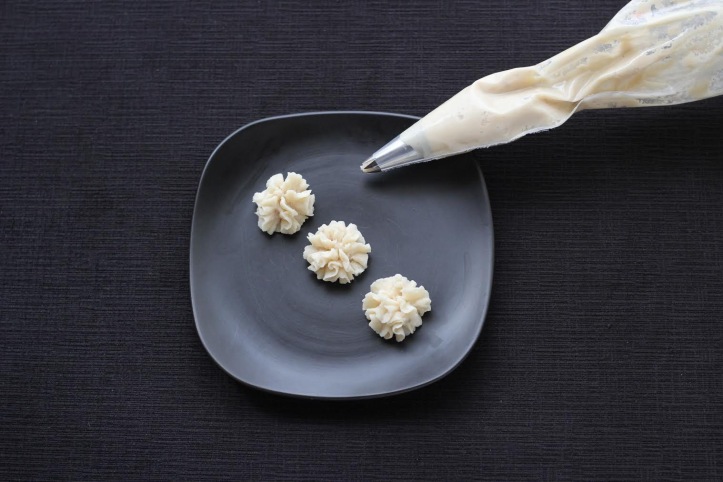